During this pandemic situation, I think I develop a new skill. I became quite good at moderating talks. It’s funny to me since I never really had an intention to be a moderator. All I want is to have a healthy space to channel my zest. I have this huge energy inside and I have to use that energy so it will not eating me from inside. So I took the opportunities to be a moderator for some events. Turns out, people or the audience love it.

And some of the experiences led me to this big opportunity. Tanoto Foundation entrusted me to have a talkshow with THE interviewer. THE Kick Andy host himself.

Oh my God. I learned a lot during the preparations and also from his stories.

I think people who watched the talk also learned a lot. So here’s the recording from Tanoto Foundation Youtube Channel:
https://www.youtube.com/watch?v=33mxH9yiEzg&feature=share&fbclid=IwAR3xFX9rsRrzqt0L5NM1yaQOhKlt_gYrSl1BBDeVEpQevT7oZP57tGCGVU4

END_OF_DOCUMENT_TOKEN_TO_BE_REPLACED

I’m not saying this as a pessimist.
I’m saying this because I think I just find out the right attitude to become better.

I realized one thing recently, that I complained a lot. Though I learn many things, I learn after complaining. Which usually takes energy, emotions, and a lot of time.

But, today after thinking about it for hours, I came to one realization.
“If my senior (the one who has more experiences and is wiser) was not complaining while he and I were in the same damned situation…. Then, I should not be complaining and learn why my senior does not complain”.
Why?
Simple. He is called senior because he has more experiences that made him think that situation is not damned at all. It’s a piece of cake for him. While it is a big piece of cake for me. I need to learn what makes the cake is just another piece for him. That way, I learn and I become better.

And. I’m not good enough, yet. Because I think I just ate quite a big cake.
But I do believe that it will become another piece of a cake later. 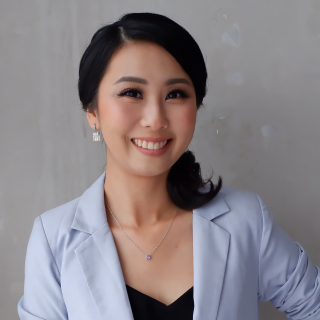